The International Union of Police Associations joins with Defiance Police Officers Association in commending a very brave and resourceful 10-year-old boy, Taveon Robinson. His home was intruded upon by a masked man who located a firearm in the residence and began pointing it at family members. When Taveon saw the intruder point the rifle at his cousin, he immediately ran for help, barefoot and determined, across snow in the yard and down the road in search of the police.

Taveon found an officer and gave vital information about what was happening to his family. It allowed law enforcement officers to make a plan for rescuing the family as safely as possible. Per the Press Release recently published by Defiance Police Officers Association and Defiance Police Department, “This incident could have been tragic in more ways than one, but thankfully, this situation was resolved without anyone being injured.  We want to recognize Taveon for his bravery, strong leadership and problem solving skills, and staying calm in the face of adversity.”

They concluded their Press Release with the following important message, “This situation is an example of teaching younger generations to have faith and trust in Law Enforcement.  The Defiance Police Department is appreciative of the great community that we have here in Defiance. We would like to thank Taveon for being a ‘Junior Police Officer’. The Defiance Police Officer’s Association would like to reward Taveon Robinson by presenting him with a certificate and treating him and his classmates to pizza.”

The I.U.P.A. would like to echo those sentiments and commend this brave and courageous young man. Well done, Taveon! 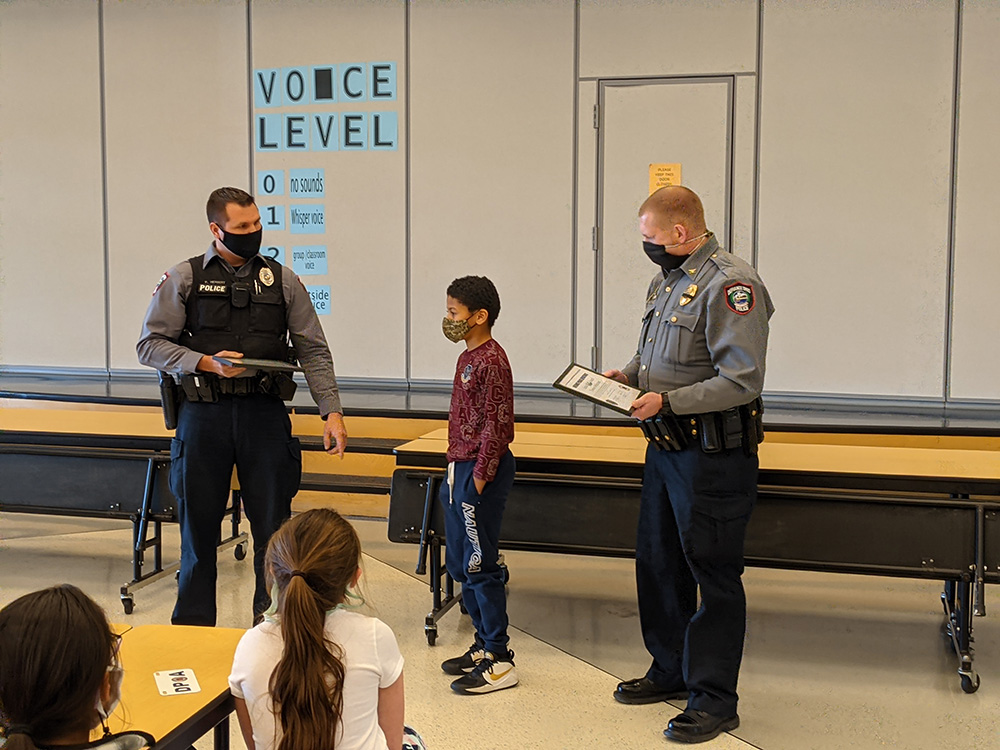 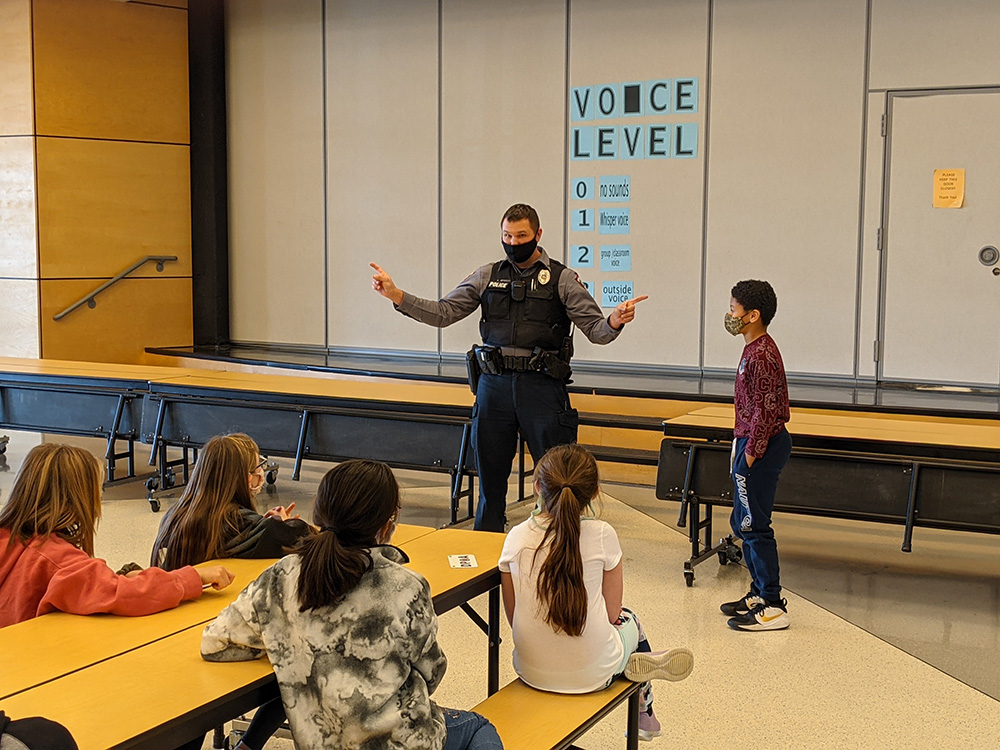 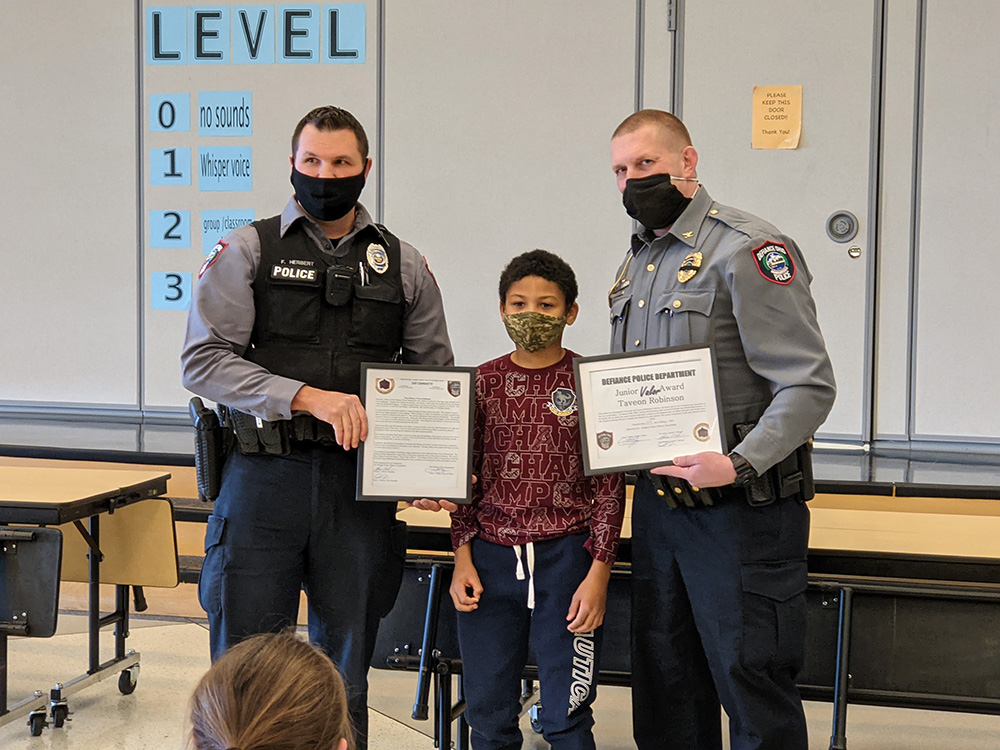 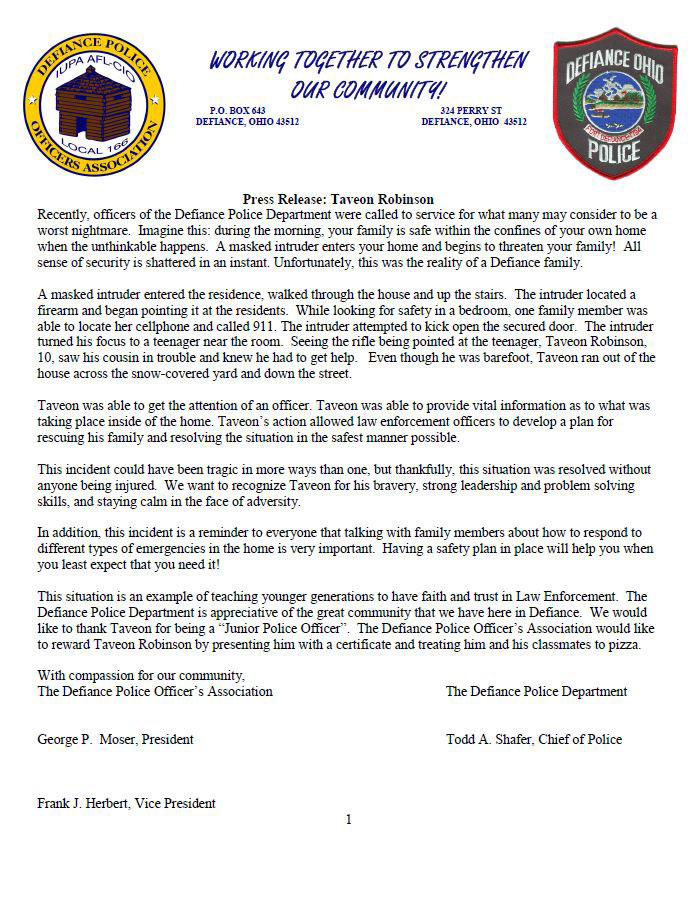 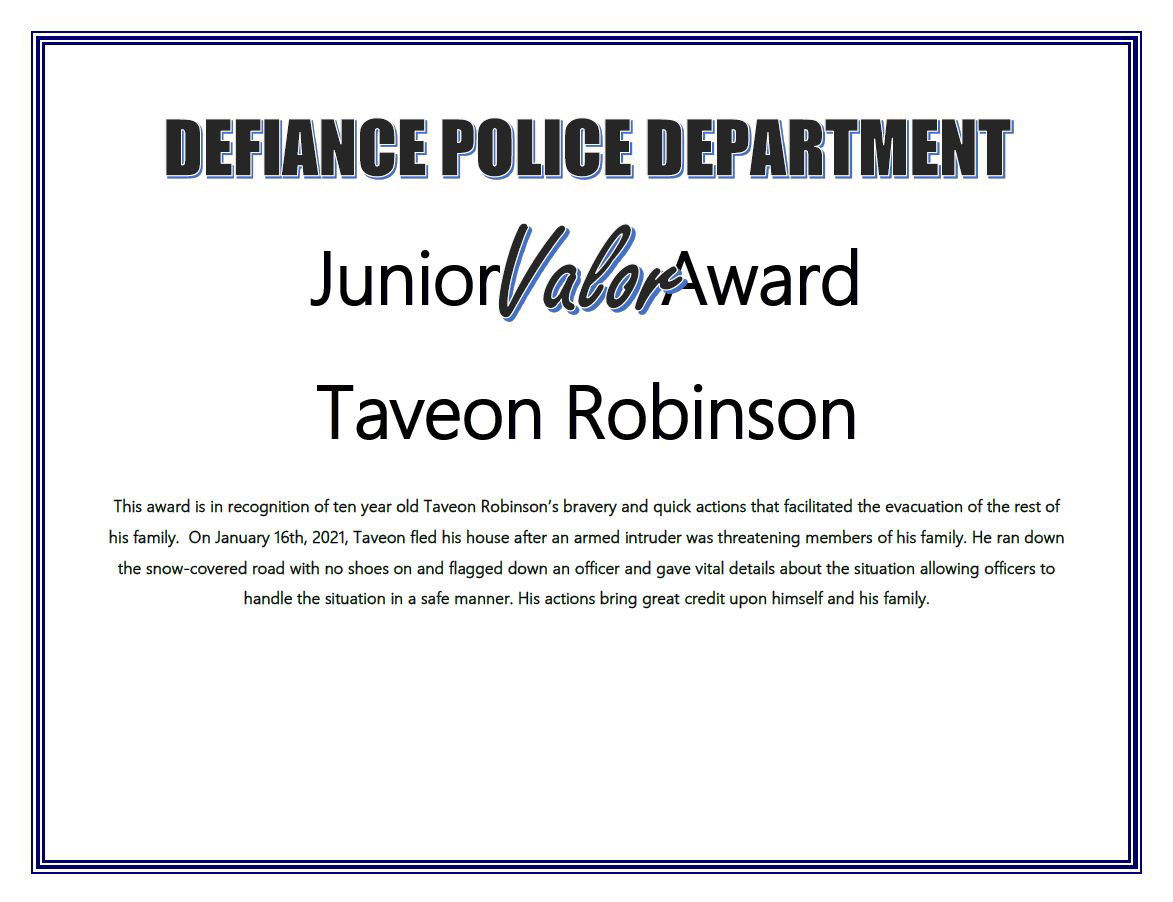 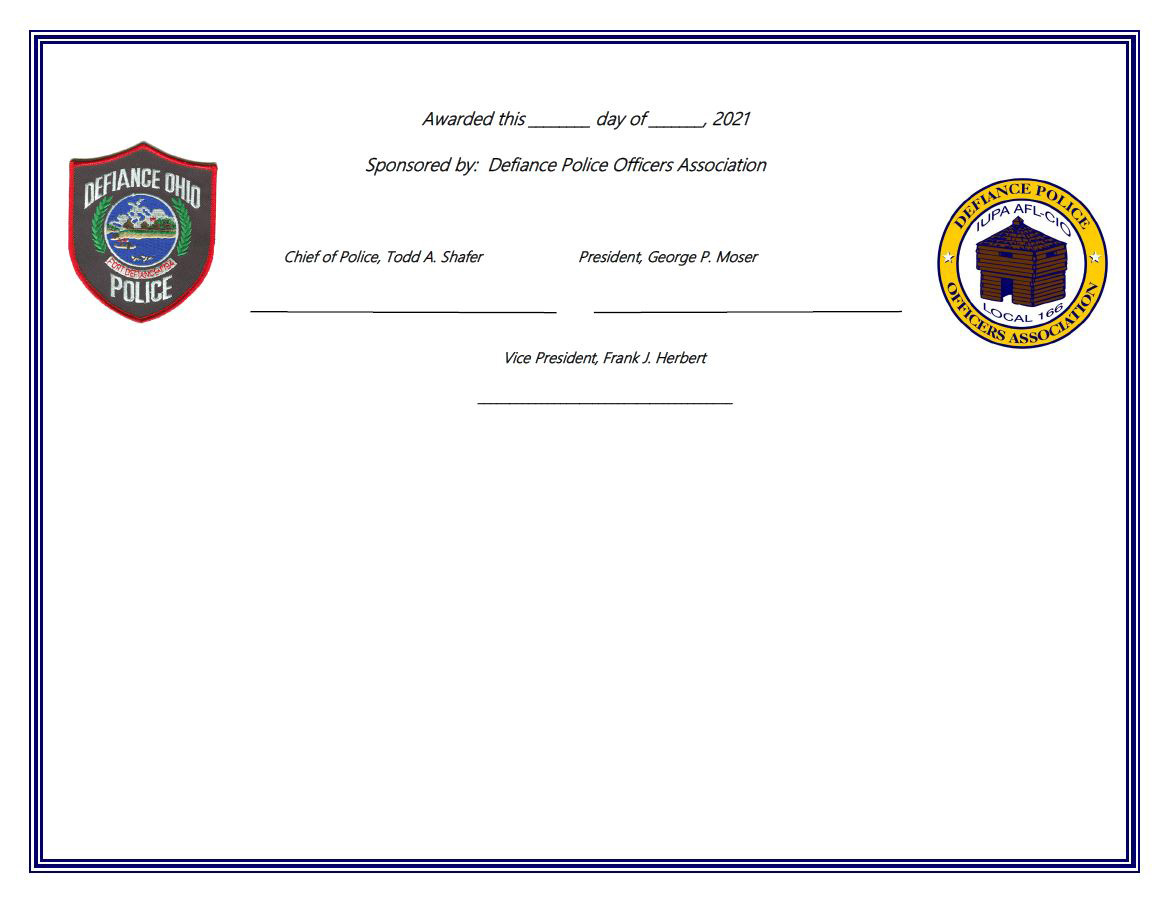