Family Thanks Police Officers for Their Compassionate Assistance

Family Thanks Police Officers for Their Compassionate Assistance

The I.U.P.A. is proud to represent the members of the Milwaukee Police Association as well as officers across the United States, including in the U.S. territories of Puerto Rico and Virgin Islands.

Milwaukee Police Officers Matthew Wagner and Dustin Langfeldt responded to a Critical Missing call of an elderly lady who had dementia and had been missing for several hours. The officers acted quickly to put out a BOLO and issue a Silver Alert. They then began to check areas her family told them that she typically frequents.

The elderly lady’s car was spotted by the Milwaukee County Sheriff’s Office a couple of hours later and returned home safely. She had been suffering an episode of dementia and was believed to be driving on the freeway in a loop around the city.

The family of the elderly lady was extremely thankful for the understanding and compassion that they were shown by Police Officers Matthew Wagner and Dustin Langfeldt. Their quick response in getting critical information out to the public and other officers undoubtedly was instrumental in bringing her home safely.

To express their appreciation to Police Officers Matthew Wagner and Dustin Langfeldt, the family sent a gift basket. The officers can be seen smiling and holding the thank you gift basket in a photo proudly shared on Facebook by Milwaukee Police Department. 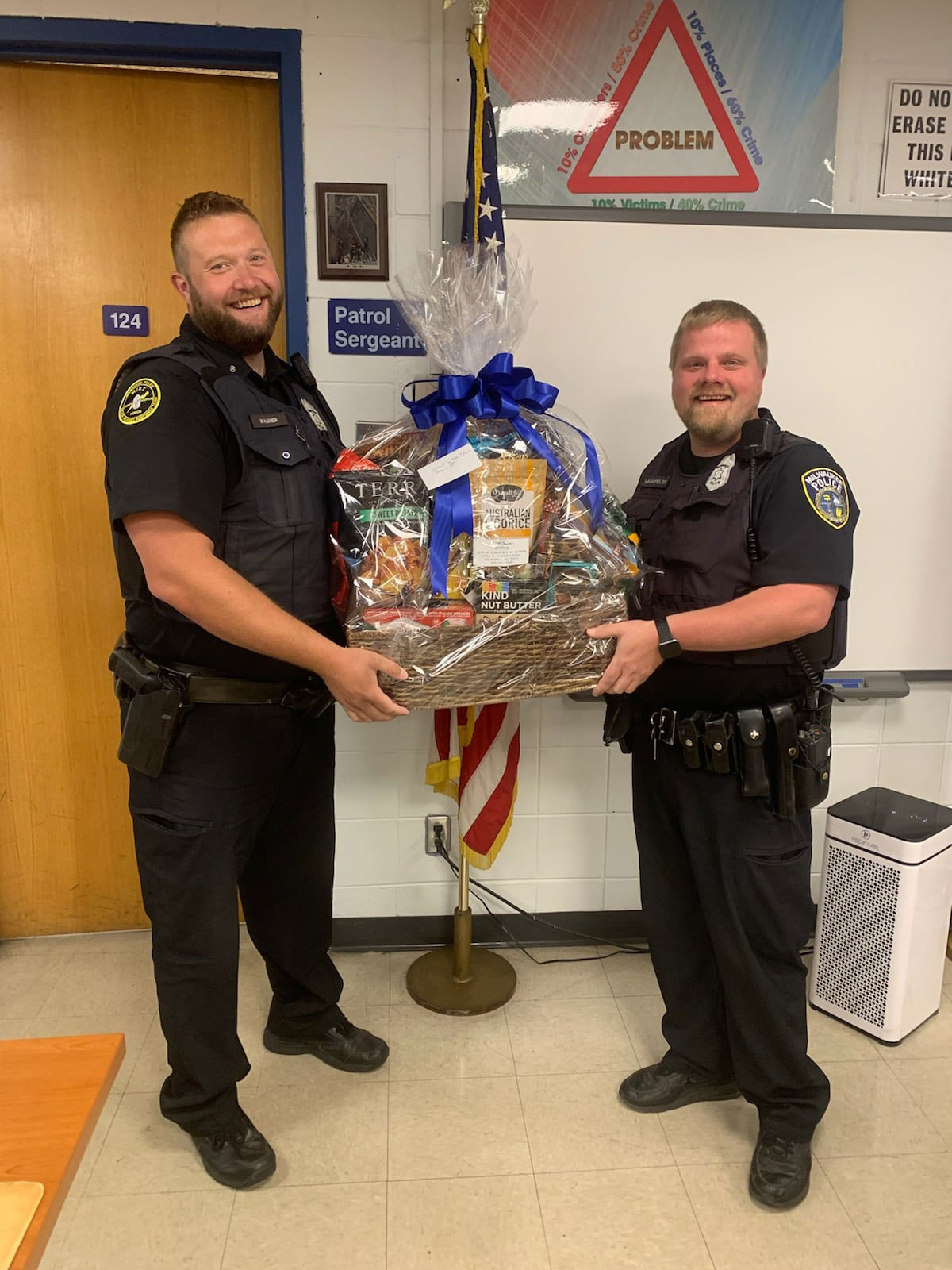